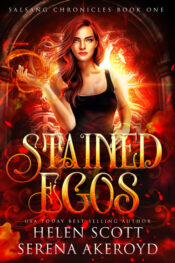 I’ve been training for this moment for years, ever since I was dumped at the academy like a piece of trash. I’ve pulled myself up by my bootstraps and taken more beatings, both physical and magical, than any vampire ever should. Now I have my opportunity, my only way out of Westbrook Academy, and I’m not going to blow it. Getting picked by a brotherhood is no easy task, but my life has never been easy.

She’s everything they never knew they wanted, but more than one overly ambitious student wants to win the final place in their brotherhood. It’s up to Cade, Raven, Barclay, Keiran, and Gideon to make sure they pick the best person for their team, after all, the brotherhoods are the only thing stopping the magic world and the human world from crashing into each other.

When things start to go sideways can the guys still trust that they will pick the best candidate for the position, or will it end up being a political game of cat and mouse, as powers out of their control manipulate the future? 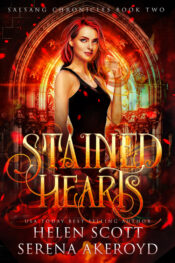 Marcella was a trainee, now she's a Sixth.
There's only one problem...
She had to go rogue to get there.

Marcella and her Brotherhood are on the run. Their only goal? Evade the council who seeks to punish them for crimes committed against the pursangs at Westbrook Academy. Their future isn't exactly bright, especially not with Keiran's actions casting a shadow over their every movement. After all, Marcella was supposed to be trapped at Westbrook Academy for the rest of her life, at the whim of every pursang there, not a powerful Sixth.
Except now?
They've been found.
By the one man who they never wanted to discover them.
Darius Maximus is one of the most ancient pursangs around. More than that, he's the Enforcer who can end their lives with the council's backing.
They have one saving grace.
A sliver of a connection that will buy them some time. Until time itself suddenly becomes a commodity, but by bartering it, one of Marcella's Brotherhood may be lost to her forever.
Will Marcella and her Brotherhood come out in tact?
Find out in STAINED HEARTS! 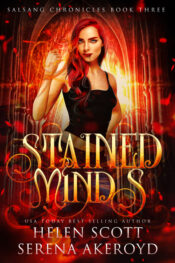 In the aftermath of a bank robbery gone wrong, Marcella and her Brotherhood are left scrambling for balance as, with two brothers down, their unit as a whole has no alternative but to call in the Cavalry.

The Cavalry are fixers but every fix comes with a cost, and with Marcella's talents, that cost could be more than the world itself can afford.

The threats of Kronos, the illegal drug, on their society fall to the wayside in their desperate attempts to figure out why one of their numbers is dying, but with the Cavalry on hand, they get their answers.

Just not to the questions they asked.

Overloaded with information from the Cavalry, information that is going to turn their society upside down, Marcella is suddenly in the crosshairs of someone's sniper.

Can Marcella and her mates survive this challenge? 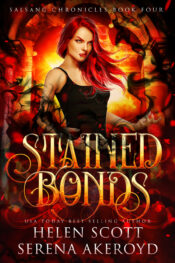 All her life Marcella strove for one thing. Becoming a Sixth. Now, she’s got so much more than she bargained for. Not only does she have six mates to contend with, but her powers are growing and changing too, and, just to top it off, her father is trying to kidnap her.

Daddy dearest is evil. There's no denying that. But that propensity for darkness? It's inside her. Forged into her bones from ages past through an ancestral line that is littered with massacres and wars.

With the awakening of the Sires, life as everyone knows it is on the brink of change. Pursangs, salsangs, supernaturals, and humans alike will be touched by it, but as always, there are two sides.

Is there a compromise that could be reached? A way out that isn’t lined with bloodshed and death? How much evil would you tolerate for the greater good? 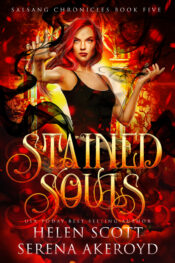 With Marcella's destiny having found her, there's no where else to run. She has no choice but to confront a terrifying future.

The Lady wants her.

Worse, the Lady needs her. Without Marcella's powers, a deity will die, but that deity is not as good or as pure as she'd like the world to believe.

With good and evil morphing into an entity she can't clarify, Marcella seeks answers from another source--Merlin himself.

Join Marcella, Darius, Gideon, Barclay, Raven, Cade, and Keiran as they cross the globe to find answers to the conundrum that is--where did Merlin go?

And, if he's free, will it lead to the final battle? A war to end all wars?

Find out in STAINED SOULS, the final part of the Salsang Chronicles. 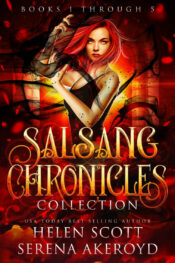 In a world of pureblood elitism, Marcella was an underdog.

Until they came and helped her soar to the heights she was fated to reach.

Born in poverty, Marcella had a feeling she’d die in poverty too.

An illegitimate pureblood, the only way she could stay at Westbrook Academy was by living on her wits and being the best she could be.

But being the best brought her to their attention.

A brotherhood of five, each with a distinct and unusual power, their bond hasn’t been tested yet…

She was born to rule except she had no kingdom.

She was born to excel only the world refused to accept her strengths.

She was born to be theirs, but she had no right to join them.

One guess as to which was the catalyst…

Find out for certain in the boxed set of THE SALSANG CHRONICLES.

Available with parts 1-5 for the first time ever!